One thing about Ghanaians is that everything you do will always be questioned. Such is the case of Serwaa Amihere who had been the talk of town some weeks prior after she was spotted driving a luxury car. Ghanaians kept questioning how she was able to afford a car like that.

The issue eventually faded, however when Serwaa Amihere took to react to Agradaa’s rebranding on her social media handle, she faced a fresh inquiry from some netizens who don’t seem satisfied and wanted to really know how she was able to afford the car. 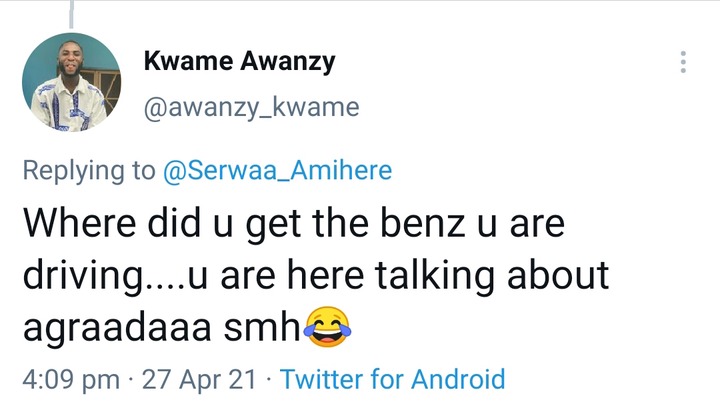 Serwaa Amihere who had obviously had enough savagely replied with the following tweet: 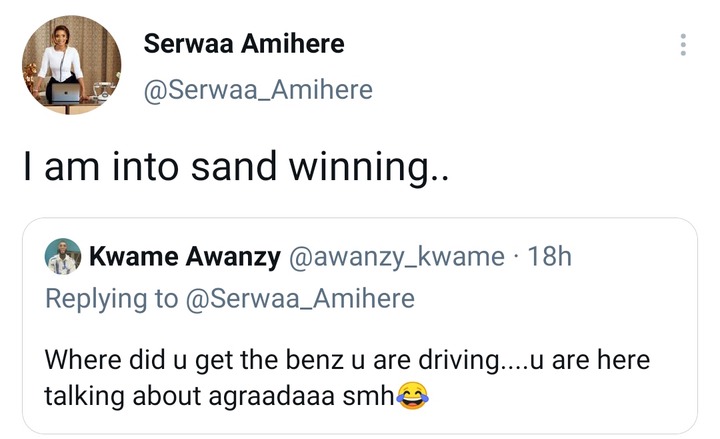 She replies savagely stating that she is into sand winning.

Both fans and critics of Serwaa Amihere also seemed annoyed by the constant pestering of some Ghanaians who have decided to be inquisitive, so they rallied behind the seasoned journalist to defend her the best they could. They gave the following responses: 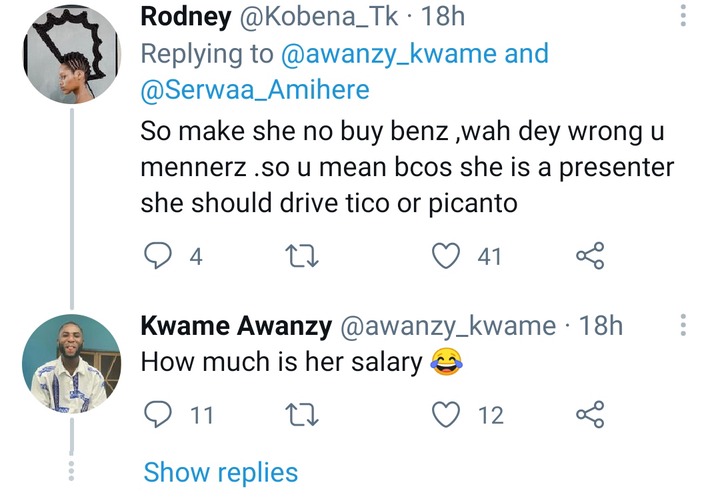 One Amihere supporter explains that “there is more to life than just Twitter, she has a good job and may have other business which outsiders may have no idea about” . 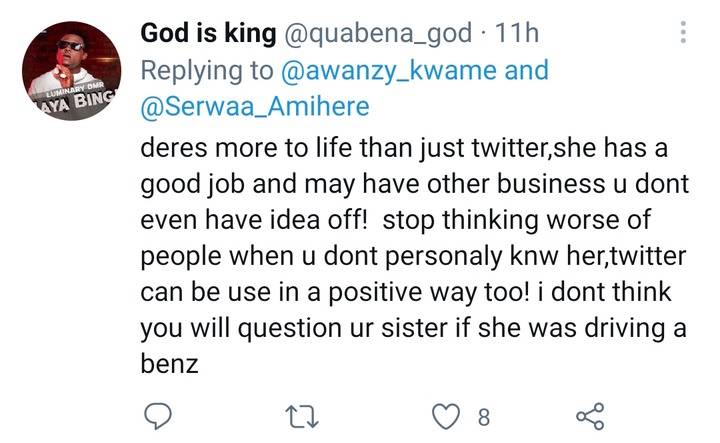 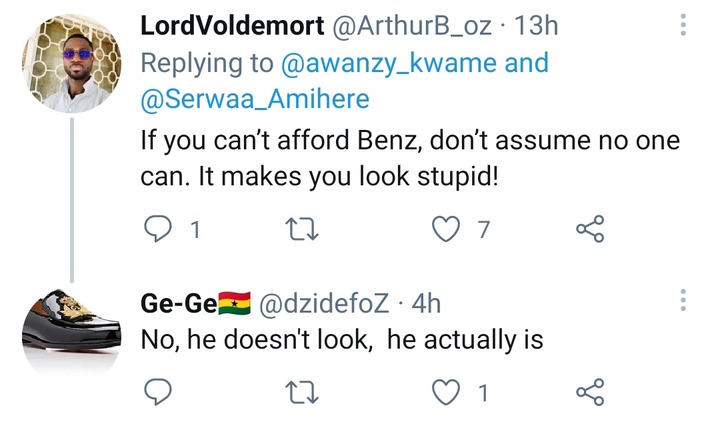