More than 10 communities in the Yilo Krobo Municipality are appealing to local authorities to urgently provide potable water for them as the only stream that serves them water has been polluted with toilet, refuse, and hair treatment chemicals.

The stream which is popularly called “Yaa Botwe” is alleged to be infested with feaces drained from a public toilet situated at Nkurakan Market and flows through all those communities.

Again, a hairdressing salon sitting at Nkurakan has allegedly connected its hose into the Yaa Botwe stream and allows all its chemical wastewater discharged into it which subsequently flows to the communities who in turn access it for their domestic purposes.

Information Ghanaweb has gathered also indicates that women who are into ‘gari’ and cassava dough businesses use the same polluted water to wash the cassava for such business purposes.

“On the toilet issue you asked, the little I know is that it is disturbing. Although I have not seen with my eyes, at least I know the refuse container near the stream leaves the refuse into the stream. Also, some people ease themselves into polythene bags and dump them into the stream; all are feaces anyway. The stream water is good. If we treat it well and disallow pollution of it, it will help everyone,” a resident called Eugene, said.

Another resident also expressed, “this stream is not an ordinary stream. We have been drinking from it since time immemorial. It is just unfortunate that they want to destroy it for us.

“Even as at now people drink heavily from it. If you came here earlier today, you would have met a lot of people fetching water from it.”

In an interview with Ghanaweb, some Assembly Members from these communities expressed worry that they had raised the issue on several occasions at the Assembly but no action has since been taken yet.

According to the Assemblyman for Abrewankor Electoral Area, Nyumustu Stephen, “Yaa Botwe is a stream that does not get much attention. We those using it are the ones having its effect.”

“Some time ago, the Municipal Assembly built a public toilet at Nkurakan Market but the management of the facility, when it rains, discharges the toilet into the stream which comes here for us to drink. Unfortunately, for us as individual communities, we rely on streams for water needs since there is no potable water here. 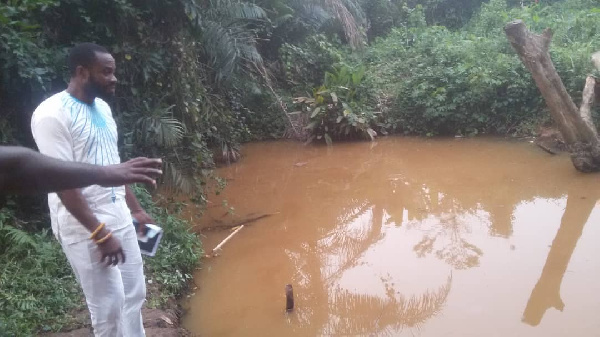 The Assembly Member said due to the challenge, he wrote letters to the Municipal Assembly, and also raised it at Assembly meetings, to provide water extension to those communities but they all fell on deaf ears.

Thomas Afedi Amponsah, Assembly Member for Nkurakan Electoral Area, speaking to Ghanaweb intimated that it could be possible fecal matter could be leaking into the stream unintentionally since the toilet facility is dilapidated and needs renovation.

“The toilet needs renovation and it is leaking. If it is for that matter I don’t have a problem. But to say they put fecal matter into that water (deliberately), it is not true,” he said.

Lawrence Lawer Komeh, Assembly Member for Okornya Electoral Area, expressed that, “It is true. I have heard about that quite a lot that when it rains they discharge the toilet into the stream. This stream travels through about three electoral areas. It is helpful to those communities. We appeal to authorities to come and address this challenge.”

Yaa Botwe, according to information, is a stream that flows from Nkurakan into Okornya, Asaman, Abrewankor and Ahienyom streams in the Yilo Krobo Municipality of the Eastern Region and serves the over 10 communities for all their domestic needs.

When Ghanaweb contacted the Municipal Chief Executive (MCE) for Yilo Krobo, Ebenezer Tetteh Kupualor, he indicated that he could not tell whether it was true or not faecal matter was being discharged into the stream. 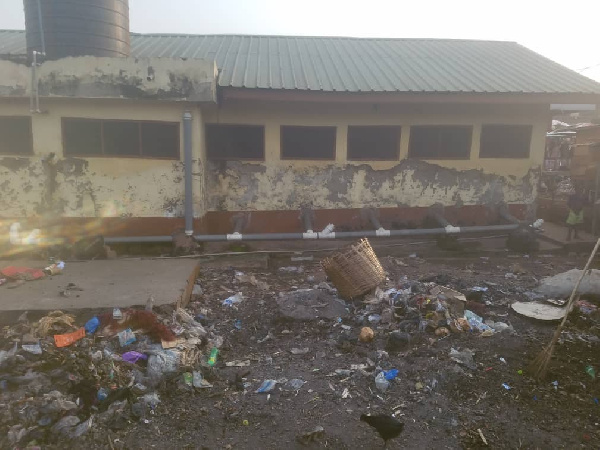 He rather invited Ghanaweb to go with him to the facility to ascertain its veracity.

“No, I won’t tell you it’s not true. I am not going to tell you whether it is true or not true. Come and show me,” he said.

On the communities lacking water, he indicated that it is a challenge but that’s being addressed one after the other.

“After over 80 communities in Yilo lacking water, how many can I provide as a Municipal Chief Executive? It is like a ‘trotro’, we serve one after the other,” he stressed.

READ ALSO:  Video: Wendy Shay Finally Reveals Why She Walked Out Of The Studios Of Accra Fm During Her Infamous Interview With Nana Romeo

Named Asomah Awudu Maxwell now nicknamed Qwabena Millah is one Crazy fan of the word "Internet". Always online to stay informed and keep others updated. A young blogger and C.E.O of alphanews.com , always trying to leave a mark.. Contact TSMILLAH MEDIA on +233554608735.

We provide you with the latest breaking news and videos straight from the entertainment industry.