Check out Kidi’s new look as he prepares to drop his Golden boy album.

Kidi has dropped a new picture on his official twitter account with a me hairstyle. The gyal dem sugar hit maker is looking hot with a dyed grey hair and a couple of tattoos on his body.

The young musician is preparing to drop his new album titled the Golden Boy come June which is just a month from now. The Lynx entertainment signee has dropped back to back hits song ever since he came into lime light in the Ghana music industry.

Many people in his DM couldn’t scroll away without passing few comments on the new picture. 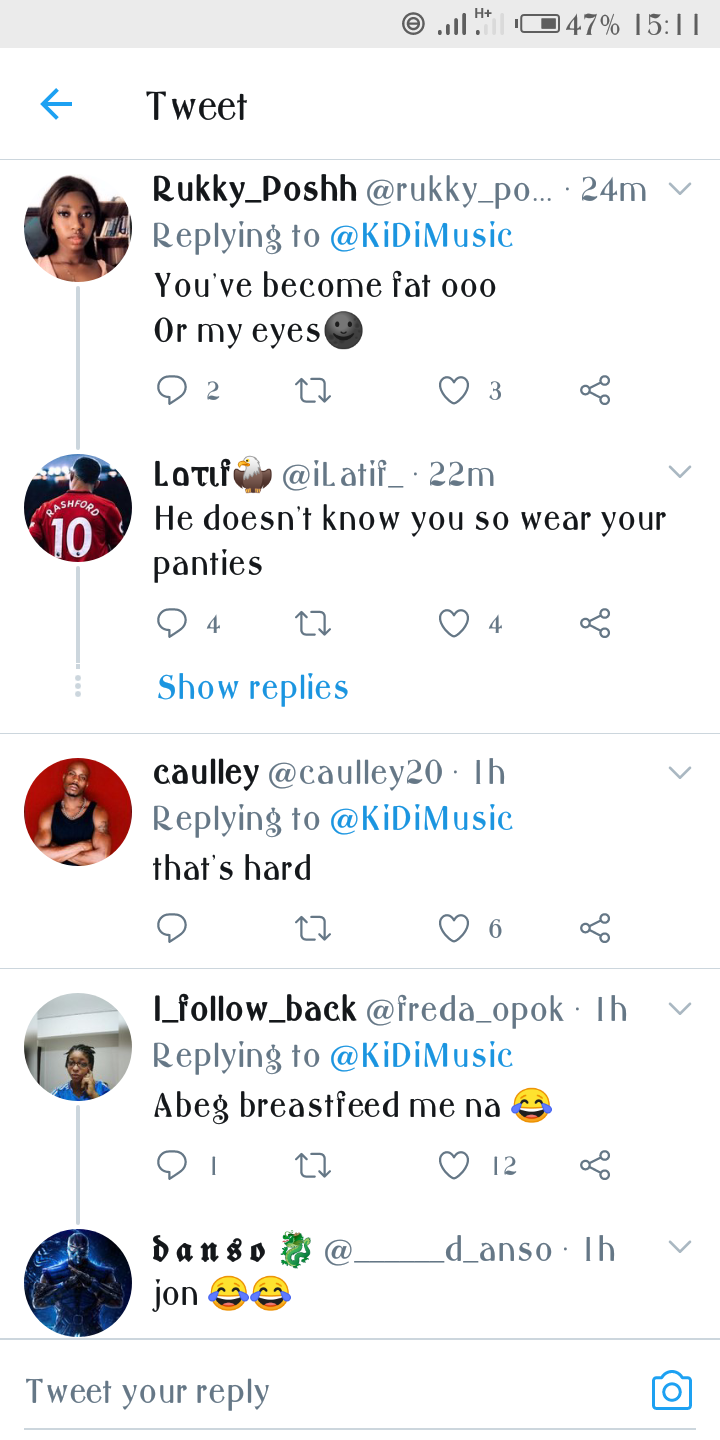 Well most of his fans thought he is featuring on the Mortal Kombat movie whereas some wanted to suck his breasts and some were thrilled with his new look and tattoos and most of them are looking forward to listening to the songs on his next album.